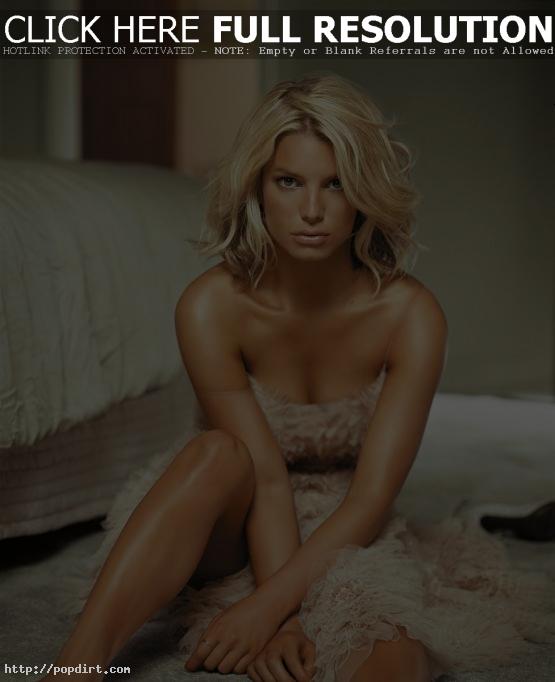 People magazine reports Jessica Simpson dined with Tony Romo inside the swank Hotel ZaZa on Thanksgiving evening hours after the Dallas Cowboys quarterback commanded his team to a victory against the New York Jets. The pair enjoyed their meal at a corner table with about 25 friends and family.

Meanwhile, In Touch magazine reports Tony and Jessica showed up at Jessica’s grandparents new home in Waco the next day. Romo had previously been linked to actress Sophia Bush. Read more.

Fan Presents Jessica Simpson With A Plaque In New York

November 11, 2007 – A fan presented Jessica Simpson a plaque featuring a platinum record and her picture as the singer/actress left Soho Grand Hotel in New York City on Wednesday (November 7). In return, the 27-year-old signed several pictures for the man and posed with him for the paparazzi. Lulop.com has since removed the video.

November 10, 2007 – The trailer to the Jessica Simpson starring ‘Major Movie Star’ is now available online. Simpson plays a famous actress in the Millennium Films production who blows all her money, goes bankrupt and decides to join the Army. No release date has been set for the film, which is rumored to be going straight to DVD. Watch it at imdb.

November 10, 2007 – Jessica Simpson was spotted saying hello to the paps but had no comment about the dating rumors between her Owen Wilson, she even coughed them off when entering a hotel lobby in a leopard print dress. Dose.ca has since removed footage from YouTube.

November 8, 2007 – ‘Extra’ caught up with Jessica Simpson in New York City, where the singer/actress showed off her fashion range for Macy’s at their New York store on Saturday (November 3). “The designing part is downtime,” Simpson said of her busy schedule. “That means I get to sit in my mom’s living room and come up with concepts. It’s fun. It’s a good mother daughter day.

The segment at extratv.warnerbros.com has since been removed. Check out pictures from GettyImages.

Jessica Simpson Out With Owen Wilson, Spotted In Same Clothes Next Day

October 31, 2007 – Jessica Simpson was spotted outside Hugo’s Restaurant on Monday (October 29). The singer/actress was reportedly seen in the same outfit the previous night outside the Huntley Hotel with actor Owen Wilson. A source tells X17, “They looked cozy, like it was a first date. They both looked kind of nervous. And they were obsessed with not being recognized or photographed. Hotel security was on high alert and they both had escorts when they left.” Check out pictures at X17.