Jessie James Gets “Horrible” Tattoo As Butt Rockers Look On 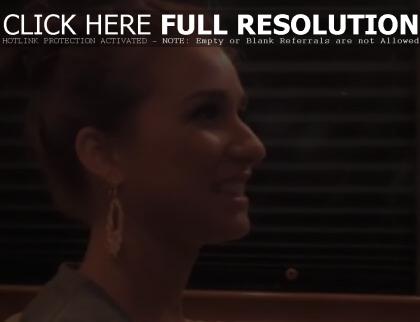 Jessie James posted footage from when she recently got a tattoo from Hinder guitarist Mike Rodden, as his bandmates and Nickelback looked on. “It was horrible,” Jessie told ‘It’s On With Alexa Chung’. “I was in the moment.”

“Chad from Nickelback was sitting right next to me saying, ‘Yeah do it! Do it!’ So peer pressure,” Jessie added. “So I sat there and had it done – and it looked horrible. It was like chicken scratch.” Since then, she had the ink reworked by a professional. “I had to wait 30 days to get it fixed,” Jessie told the MTV host.