Joe Jonas On Writing About Ex-Girlfriends & Belief In Ghosts 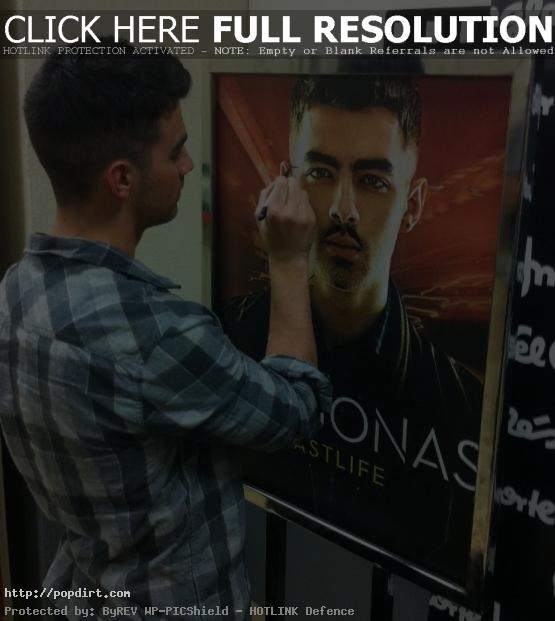 Jared Foley of MIX 107.9 FM in Salt Lake City caught up with Joe Jonas of the Jonas Brothers while doing radio promo for his solo album ‘Fastlife’. The singer talked about the radio tour he’s been doing for the album, writing the majority of ‘Fastlife’ songs, working with Chris Brown on the single, writing about ex-girlfriends, believing in ghosts and singing in the shower.

On the radio tour, he said, “It’s been going great. Been hopping around to tons of different stations. I’ve been to probably, just in the U.S. alone, probably 20 some stations and kinda getting people excited about the album and speaking about ‘See No More’, the new single, meeting fans. It’s been fun.”

Talking about his songwriting contribution to the album, he said, “The majority of the songs were written by me. There’s a couple of songs on the album that I didn’t write just because I loved them so much I couldn’t help but get them on the album.”

Asked about working with Chris Brown on the project, Joe said, “He’s a great guy. (He didn’t work on) the whole album, just ‘See No More’. It was one song that Chris and I worked together on and it just kind of came together.”
Explaining what the new single is all about, he said, “‘See No More’ is a song I wrote kind of at the end of a relationship. Those feelings that you go through when you are reminded, everything around you, about a person. It could be good or bad, but you’re kind of frustrated and you don’t want anything to remind you of that person anymore.”

Responding to a follow-up on a reaction to his song from the person in the relationship he refers to, Joe said, “I don’t know. I haven’t asked that person. Sometimes, I’ve had people written songs about them and it could be flattering. I think it’s an artist’s territory to kind of go for it.”

After sharing a story about a hotel in Scotland that Joe said “was definitely haunted”, the singer was asked if he believed in ghosts. “I never really believed in ghosts until recently,” Joe said. “I lived in a house with some buddies of mine and we had a couple of incidences that were pretty freaky situations. We’re like, ‘Ghosts are definitely real.'”