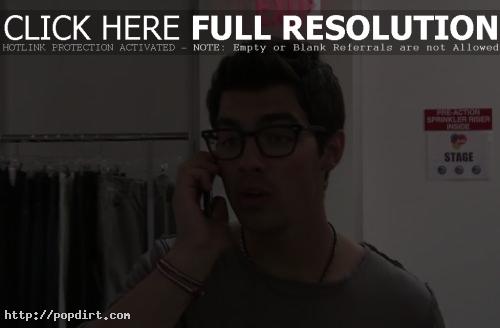 Joe Jonas did a Q&A with TVGuide.com, where the Jonas Brothers singer talked about some things he’d like to do on his own. On the television side, Joe said an appearance on ‘CSI’ would be great since his top pick ‘Lost’ has ended. “To be a murderer, or to die,” the 20-year-old said about a role on the CBS crime drama. “I’ve always been intrigued by those shows.”

As for doing a solo album, Joe said, “I’ve been writing and recording a lot of music on my own, so we’ll see where it goes. I’m looking forward to the future.” Read more.