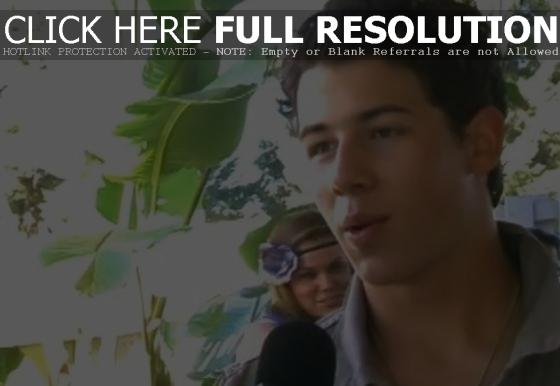 RyanSeacrest.com caught up with the Jonas Brothers at their Los Angeles Camp Rock Tour stop on Sunday where Joe Jonas explained recent paparazzi shots of him leaving a recording studio. “I was actually doing something with Tom Hanks that day,” explained the 21 year-old singer. “He’s working on a new TV show and he asked me to be a part of it.” The guys also talked about their Road Dogs softball team, music from Nick’s band, how married life is suiting Kevin, and not knowing yet ‘JONAS L.A.’ will be returning next season. Watch the interview via YouTube below.