John Mayer In The Studio With Steve Jordan 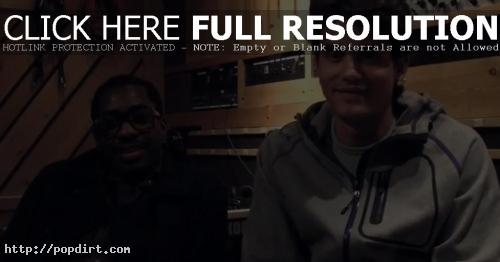 John Mayer checked in with fans on his YouTube channel after working in the studio with Steve Jordan.

The singer songwriter said, “One thing about Steve Jordan, you never know when you’re going to up and record a track. ‘Roped into Groovin’, Chad calls it. And so it went, not 3 minutes after his entrance, we’re putting together a recording. Here we are working out a version of ‘Crossroads’, which you might remember served as the inspiration for a Britney Spears movie.”

Mayer also put together a voting public service announcement, jammed on a ’60s Stratocaster, and offered details on what fans can expect during his upcoming tour. Watch the clips below.