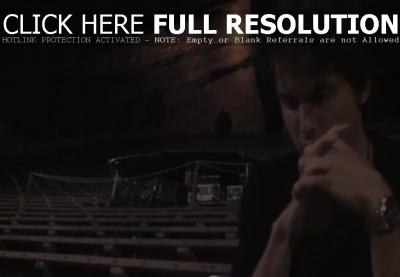 John Mayer posted a video blog from the stands of Red Rocks Amphitheatre on Friday (June 15) in Morrison, Colorado, apologizing to fans for his shortened show.

“I don’t normally take to video to communicate with my fans,” Mayer said. “I usually prefer the written word, but this is a special circumstance. I wanted to send out a very special apology to specifically the fans who were here tonight. I’ll get to those watching on YouTube later, it’s just as disgusting when you watch it back. I want to apologize to the people who came to the show, the rather truncated, shortened show that none of us saw coming. I had a pit bull fight going on on the side of the stage today. I don’t condone it. I’ve had great success with it for the past couple of weeks. Tonight, Brutus broke free during ‘Why Georgia’. People got hurt. A lot of people got a lot hurt. Sorry. Pan away!”

Check out his explanation below.