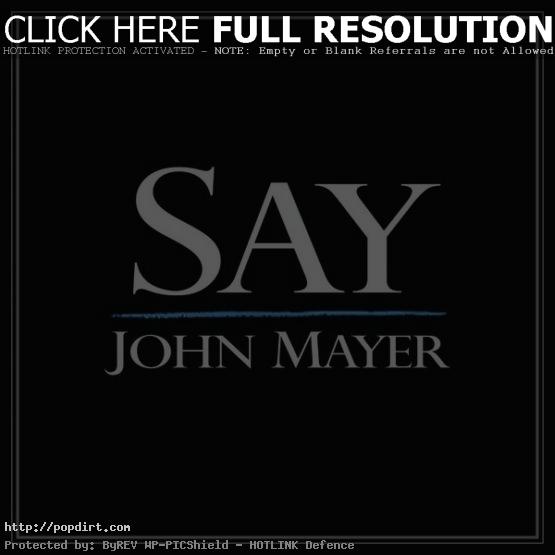 John Mayer posted a new song his official web site’s blog on Friday (November 16). The singer/songwriter writes, “You know, I should probably wait for this to go up on iTunes, but with so much coverage of my worthless non-guitar playing pursuits, I think I owe you all a bit of what I actually DO for a living. This is a song called ‘Say’, and was written for the upcoming film ‘The Bucket List’, starring the powerhouse acting duo of [Jack] Nicholson and [Morgan] Freeman.” Mayer has since removed the blog posting that had the song.

November 16, 2007 – John Mayer was on hand for Stereo’s second birthday party on Wednesday night (November 14), where the singer-songwriter revealed to TMZ that he’s been engaged in thorough internet-based self-investigation. Mayer find that he’s “kind of a douchebag” and “I got a little sick of myself … I’m insufferable.”

November 5, 2007 – John Mayer checked in with fans on his official web site’s blog on Sunday (November 4). “Americans are celebrity obsessed, and that obsession shows no signs of stopping,” Mayer writes. “So in an effort to stay on the cutting edge of digital technology and pop culture, I’ve decided to make the most personal facet of my life public. My meals. If I’m correct, America – no, the world – will want to see this.” More and pictures of Mayer’s meals this weekend, which consisted of a veggie burger with cheese, beer-battered onion rings, and a taco salad with tri-color chips have since been removed from his blog.