During the final episode of ‘Late Night with Conan O’Brien’ before Conan heads to Los Angeles to take over for Jay Leno on ‘The Tonight Show’, John Mayer sent out a video message, singing ‘LA’s Gonna Eat You Alive’ to the host. “Look at me, I used to live in NYC. Now I’m as douchey as a man can be,” Mayer sings, ending the performance by telling O’Brien: “Good luck, loser.”

Meanwhile, Mayer Twittered about his outfit for tonight’s Oscars, which he’ll be attending with girlfriend Jennifer Aniston. Mayer writes:

Just saw my Oscar tux… My God, is it gorgeous. Wrangler designed it just for me. It smells like pretzels and fruit punch. 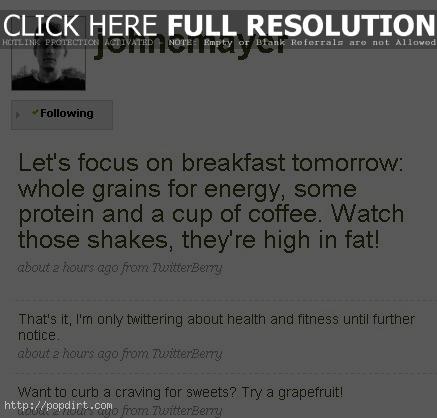 February 19, 2009 – Perhaps John Mayer is feeling guilty about his recent cake baking obsession, as now the singer songwriter is pledging to only twitter about health and fitness.