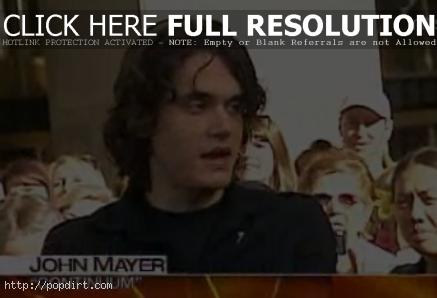 John Mayer visited ‘Today’ on Tuesday (September 12) to discuss his new album, ‘Continuum’, on the day of its release.

Video of the brief segment at Bing.com has since been removed.

John Mayer On A ‘Continuum’

September 10, 2006 – John Mayer tells AOL Music that his new album ‘Continuum’, out Tuesday (September 12), is in many respects an extension of his previous solo efforts. “You’re just trying to make the same one record each time, and that one record is really elusive,” explained. “I’ve been trying to make ‘Continuum’ since ‘Room for Squares.'”