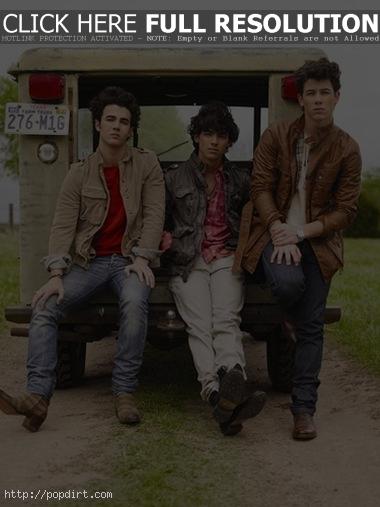 The Jonas Brothers announced a three continent summer concert tour with special guest Demi Lovato. The tour will combine production with performances of both artist’s hits as well as music from the Disney Channel Original Movie, ‘Camp Rock’, and its upcoming sequel. The tour will also feature appearances by their friends and co-stars from both ‘Camp Rock’ movies.

Produced by Live Nation and sponsored by OfficeMax, the tour kicks off Tuesday, July 27th in Dallas, Texas, and will continue throughout North America, Latin America and Europe throughout the Summer and Fall.

Tickets will be on sale beginning Saturday, May 15. Check livenation.com and teamjonas.com for further information and updates on the tour including additional details on ticket sales. Beginning Tuesday, May 11th, fans will be able to access a “Camp Rock” themed premium iTouch and iPhone app, which will also be optimized for the iPad, to buy concert tickets.

“We love recording and creating new music in the studio and enjoy doing television but performing live music together for our fans is the ultimate – nothing can compare to the energy from the crowd,” says Nick Jonas. “We can’t wait to get back on the road this summer with Demi and our friends from ‘Camp Rock.’ Together we’re going to bring our fans a show that they’ll never forget.”