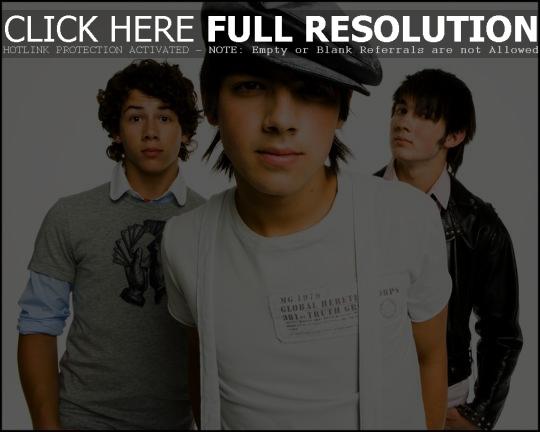 ABC News Now caught up with the Jonas Brothers, who talked about their self-titled sophomore album. The brothers said they don’t fight much, how they came to be, their demanding schedules, Nick’s Type 1 diabetes, and more.

Asked if they fight a lot, Joe responded, “You know we get asked that question a lot, but surprisingly we don’t fight that much. We get along. We’re kind of best friends. We always have our little fights here and there about things.” Kevin added, “It’s fun. We give each other space when we need it.”

As for how the group came about, Nick said, “It actually started with me. I was doing Broadway shows at the time here in New York, and Joe was doing some shows as well. I recorded a Christmas song while I was doing that and someone heard it at a record label and wanted to sign me. I started working on that and wrote a song with them for that. It became a group project. We started touring, recording and doing that all together. That’s how it all happened.”

Explaining their unique way of writing lyrics, Joe said, “We kind of stand in a triangle. Say Nick has a lyrical idea he’ll run by us, then one of us will go, ‘Oh, that’s really cool. Let’s run with it.’ It goes from there and yeah, it’s really exciting because this is gonna be our second record coming out August 7th.”

Asked who the song ‘Mandy’ is about, Kevin said, “Mandy is and always will be one of our best friends. She’s from my childhood. She’s always been a great friend, and Joe dated her for a little while. The song was written while they were dating and they broke up, but we’re still amazing friends. We saw her today.”

As for Joe’s breakup with Mandy, he said, “It was kind of both went our separate ways. Unsurprisingly, you know how breakup stuff can be, they’re either both ways being awful or nice. It was good. It was cool. We’re still friends.”

Video of the interview, aired Friday (July 20), has since been removed at abcnews.go.com.