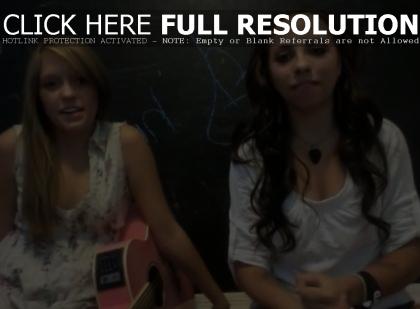 Jonnie and Brookie performed a cover of ‘Wouldn’t Change A Thing’ by Joe Jonas and Demi Lovato, the second video in their studio series. The sisters were joined by their band members on the performance, with Zach doing Joe’s vocals and Matt playing guitar. “Hope you guys like it! We had so much fun doing this so we hope you like it,” they write. “We will be releasing it on iTunes soon!” Watch it via YouTube below.