Jordan Witzigreuter, Matt Alonzo Discuss ‘Give Me Your Hand (Best Song Ever)’ Video 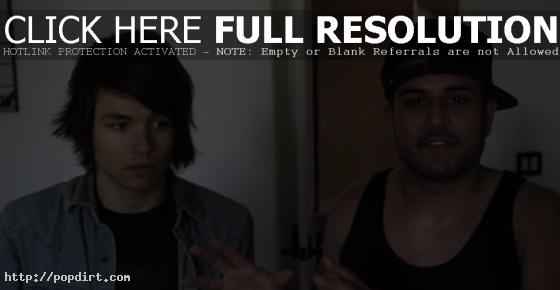 Jordan Witzigreuter of The Ready Set is out with behind the scenes footage for the ‘Give Me Your Hand (Best Song Ever)’ music video. The song is featured on Jordan’s upcoming second album on Decaydance Records.

Director Matt Alonzo described his approach to the video saying, “When I heard the record I just wanted to have fun with the record. I looked at who it was and I watched a lot of his videos and see what he’s really about. We kind of collaborate all his ideas and all his videos and just kind of everything he’s about, but also what we’re about and the whole party scene. The whole summer and just kind of party out. It’s gonna get a little bit wild.”

Watch the video and the behind the scenes footage via YouTube below the cut.