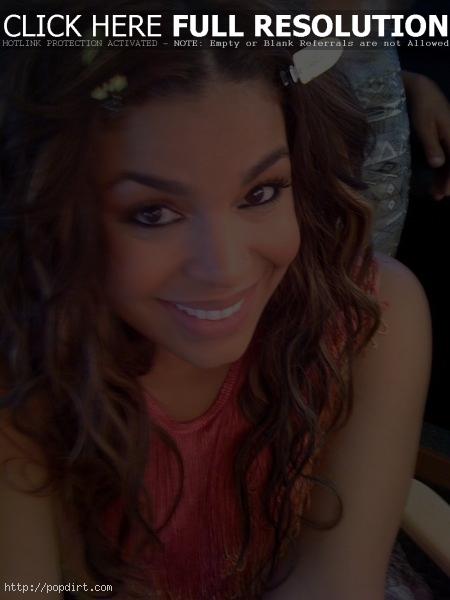 Jordin Sparks checked in with her Twitter followers (@TheRealJordin) on Sunday night after opening for the Jonas Brothers in Toronto. The ‘American Idol’ season six winner had to explain why she was performing for the sibling pop trio instead of the latest stop on Britney Spears’ tour. Jordin writes:

I will NEVER be able to describe the feeling of performing for 56,000 people. It’s one of the best feelings in the world. It’s why I do it.

To sing on stage for my job is the best thing ever for me. To see YOU & to hear my music touches you gives me a sense of joy I can’t describe. :)

They are going crazy for Jonas right now! CRAZY! :D

Tonight was CRAZY! TORONTO YOU GUYS ARE INSANEEE! Thank you so much!!

Guys please stop saying you’re dissapointed in me for not being at a show. Brit & Jonas @ THE SAME TIME isn’t easy. I can’t be everywhere @ once! :/

We have to juggle tour dates w/ stuff I’ve already confirmed. I’m not doing it because ‘oh I just don’t want to play there’..no way.

I LOVE performing for you guys.. you should know that. But things change and my schedule is ALWAYS changing. I just wanted to get that off my chest because I’ve been getting a lot of that this week & it’s irritating when I’m trying my best to keep up. Anyway, tonight was amazing & such an experience I will never forget! I’m signing off now. Ottowa tomorrow!!! :) Goodnight twittlets! <3 Oops edit: OTTAWA. :)

2 thoughts on “Jordin Sparks: Performing For 56,000 People Is Indescribable”