JRand On His Radio Promo Tour 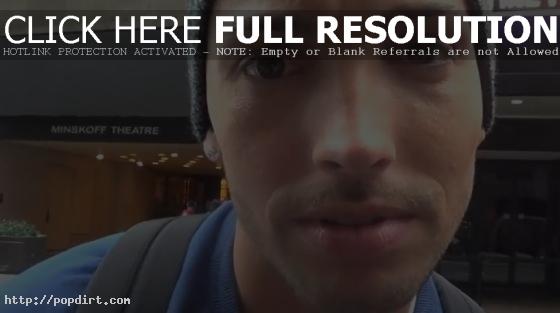 JRand has just shared Episode 2 of his ‘On the Road with JRand’ video diary, giving fans an inside look at his recent tour with chart topping rapper Tyga. In the new clip, JRand stops by a handful of radio shows in Indiana, West Virginia, and Washington DC en route to his NYC date with Tyga at Times Square’s Best Buy Theater.

The video features a pair of black DJ’s telling the artist “I thought you were black”, leading the artist it explain that he’s Cuban.

“JRand here. We’ve gotta drive from Indianapolis to Virginia,” the ‘Up Against The Wall’ singer explained. “From Virginia to Washington DC to do XM The Heat tomorrow morning, to New York to do the show.”

In between stops, JRand is seen hanging out with some cows before hitting the XM studio with Chris Styles.

«Ed Sheeran To Support Taylor Swift On “The RED Tour”
Lady Gaga On Her Support Of Obama, Importance Of Voting»