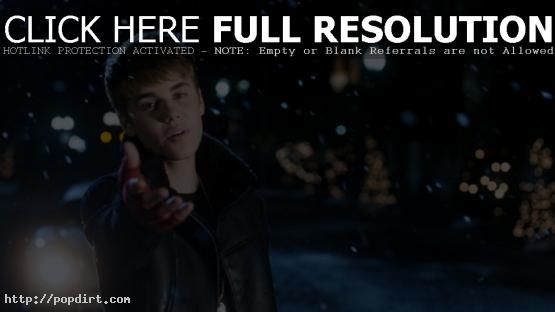 Justin Bieber is out with the music video to his new single ‘Mistletoe’, off the Canadian pop singer’s Christmas album ‘Under the Mistletoe’, out November 1st on Island Records. “It was different because, like, it’s a Christmas video, so you gotta get your Christmas spirit on,” the 17-year-old said about having to pretend it was the holiday season months during its shooting in September. “We had Santa there. He was kind of interesting, because he had this finger that would light up, but I never knew that, so he would come up to me randomly and point at me and his finger lit up, and it was really strange. I was like, ‘Santa doesn’t do that, my friend.'” Watch the Roman White directed video below.

«Lindsay Lohan Taken Into Custody After Probation Revoked
D.A. Wallach Is No Fan Of Beats By Dr. Dre»