Justin Timberlake & Jessica Biel Help Get Out The Vote In Nevada 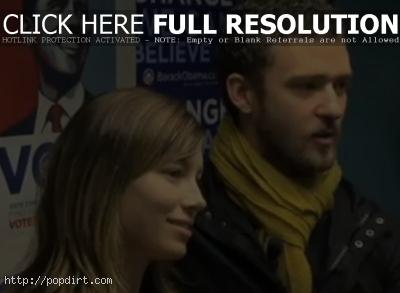 Justin Timberlake and girlfriend Jessica Biel give you the full scoop on voting in Nevada in a video for Barack Obama’s YouTube channel.

The former *NSYNC star and the actress have their arms around each other while explaining how the state’s residents can vote early, having the right to take time off work to vote, being able to vote if you’re in line when the polls close, and more.

“Sometimes I have help getting my pants on right,” the bearded Timberlake jokes in the clip. “You can ask for help voting.” In another clip, they have details on how to vote early in Nevada, with Justin playing a ventriloquist and Jessica a puppet.