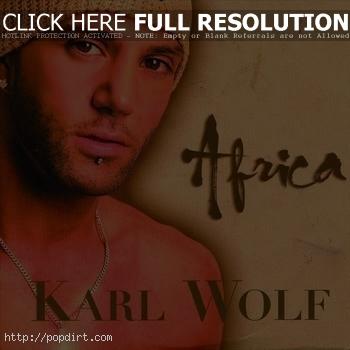 Karl Wolf is out with the music video to his new single ‘Africa’, a funky R&B remixed version of Toto’s hit song from 1982, the title track off the EP available on iTunes.

Wolf filmed the treatment at a half-finished island resort in a secret location off the shore of Dibba, Oman. “It was the first song that made me fall in love with music,” Wolf said of the Toto hit. “I fell in love with music, and I fell in love in general with that song. I was like 10 years old, and I was with the first girl that I had a crush on. That song made me feel something, and the harmonies just touched me. I’ve always loved music before then, but I understood music from that day forth. I understood how to make harmonies. It was an epiphany. It was just like ‘bang’.”