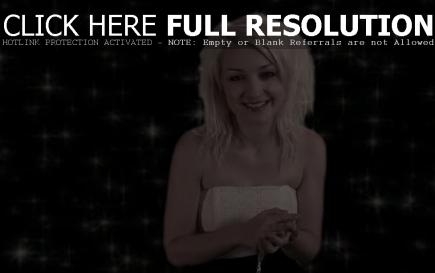 Kate Miller-Heidke posted a video clip on her MySpace TV channel, talking viewers through the making of her latest album ‘Curiouser’, accompanied by a visual tour of the amazing album artwork. The Australian singer songwriter first talked about recording the project in Los Angeles before going track by track on her second disc’s 12 songs.

The songs on ‘Curiouser’ were written over the course of about two or three months after I went on holiday in Laos with my creative collaborator. After coming back from the holiday, we had this huge burst of inspiration and started spending a lot of time in a home studio mucking around, playing with toys and playing with sounds, and basically watching the songs come together.

Because most of the songs were written in such a short period of time, I think that it gave a real cohesive quality to the album and it’s definitely a lot more concise than ‘Little Eve’ I think in that way.

After we did all the demos in the home studio, I went over with my band to LA to record with Mickey Petralia, who has done a lot of great work with people like Beck and the Eels and Peaches, and notably his recent work has been with Flight of the Concords, who I’m a huge fan of. We had a fantastic time recording in LA for two months and the result was ‘Curiouser’, the album.

«The End Of The Road For Varsity Fanclub?
Holly Brook Hopes To Release New Album Spring 2009»