Katharine McPhee Blogs After Tampa Show… Did She Confront Kane? 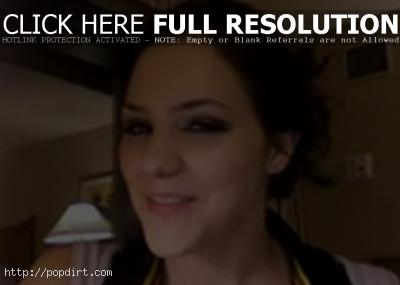 ‘American Idol’ season five runner-up Katharine McPhee posted a third video blog from the road on her ‘Love Story’ promo tour. This time in her hotel room, Kat talked about wrapping up her radio tour, being on ‘The Early Show’ on Friday, and her hot, steamy and fun show at Channelside Bay Plaza in Tampa for 93.3 FLZ.

Interestingly, Hot 99.5’s morning show host Kane, whose show also airs on FLZ, was there. Kane’s intern recently had the controversial interview with McPhee. Kane’s blog this morning made no mention of any problems, only saying, “Thanks to everyone who showed up yesterday for our big 4th of July show. If you minus out the early rain, Kat Deluna, Kat McPhee and the fireworks show were a HUGE success!”

“Just finished one of the last radio shows that I have,” Kat said in the video. “It’s been a blast. Hopefully there will always be more coming. I won’t be seeing the girls for awhile, Melanie and Paulette, so congratulations to them. They did such an awesome job on my radio tours.”

Next stop is Orlando for the pop star. “We’re doing a couple of rides at Univesal tomorrow because we’re gonna be there for ‘The Early Show’ on Friday,” McPhee explained. “Hope you guys all ways. It’s gonna be real fun. I get to sing three songs.”

Katharine also put out a plea for some radio help. “Keep bugging those radio stations and make them play ‘Love Story’,” she said. “You guys are so like just the best fans ever, and I really am blessed.”

Watch McPhee’s blog and a short clip of her ‘Maneater’ Hall & Oates cover below the cut.