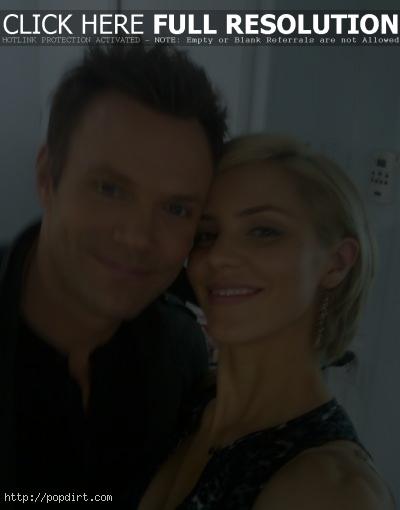 Having a great time on the set of NBC’s Community! Ken Jeong is hysterical! But pretty much everyone rocks! My Album Unbroken is in stores now!

Me with the sweet & handsome Joel McHale on the set of NBC’s Community.

Last day on Community. ;( Had too much fun. For those who watched, hope u enjoyed Kimmel. Tommorow off to San Diego for the Chargers game.