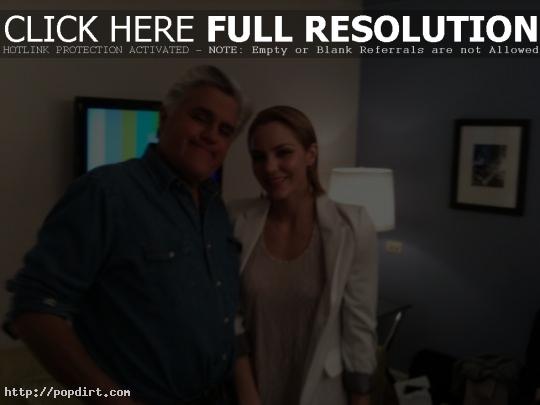 Katharine McPhee performed her new single ‘Terrified’ during an appearance on ‘The Tonight Show with Jay Leno’ last week. Video at YouTube has since been removed. The ‘American Idol’ alum posed for a photo with Jay backstage before taping the NBC program, telling her Twitter followers (@katharinemcphee):

Hey, Everyone! Here’s a pic with Jay Leno that we took backstage before the show :)

One thought on “Katharine McPhee Performs ‘Terrified’ On ‘The Tonight Show’”