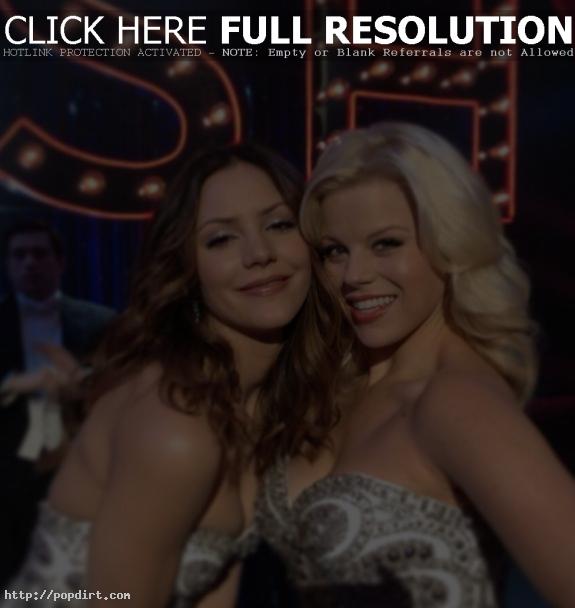 Katharine McPhee checked in with her Twitter followers (@KatharineMcPhee), responding to news that NBC had cancelled ‘SMASH’ after two seasons. The ‘American Idol’ alum starred in the musical drama as Karen Cartwright. McPhee thanked supporters of the show and talked about what she gained being a part of the series. The 29-year-old writes:

Thank you to everyone who watched Smash! Been an amazing ride. And thanks to @nbc for the opportunity to play a great gal such as Karen. So grateful

Yes… Smash is officially cancelled. So sorry to everyone who watched and loved it. Had an amazing time and made wonderful memories.

Ahhhh! Love you all! Your passion is so heartwarming! Life is about chapters and the relationships you make along the way. Next chapter! Exciting.

And I love this girl @meganhiltly soooooooo much! One of the many great things I gained!