Katharine McPhee checked in with fans on her blog at Musicbox on June 1st, previewing her radio show concerts, the Hillary Clinton event, and thanking fans for their donations to ‘Kat’s Music Program’.

“I’m gonna be a little quiet because it’s kind of late and it’s the end and the beginning of a long week,” Kat said. “I just got home. It feels like yesterday. I’ve been on the road as you know, for those of you who I’ve been seeing on the road it’s been so exciting. It’s been so fun. I had an amazing time doing all my little sets for radio shows. I’m looking forward to seeing some people in Atlanta hopefully. Most importantly I just wanted to let you guys know I’m doing well and I’m getting ready for the new music video, ‘Love Story’, we’re shooting that in about two weeks. I think on the 13th or something, and I’m going to Washington, DC to meet Hillary Clinton and sing a couple of songs. It’s all about singing these days, which is what I love.” 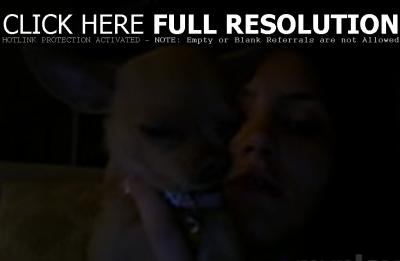 The singer also was grateful for charitable donations. “Most importantly, I want to thank you guys so much for donating all that money. You guys are so generous to give to my charity. My Katharine McPhee… I’m so tired I can’t even think of the name of it. KatharineMcPhee.com foundation? I can’t remember the name of it.”

“I’m getting ready to leave tomorrow morning, early, early early,” she continued, “in like five hours, to the next stop. Hopefully I’ll see you guys there, and I’ll check in very soon.”

Watch the clip below the cut.

«Lily Allen’s Roseland Gig A Disaster… Or Was It?
Justin Timberlake ‘LoveStoned’ Video»