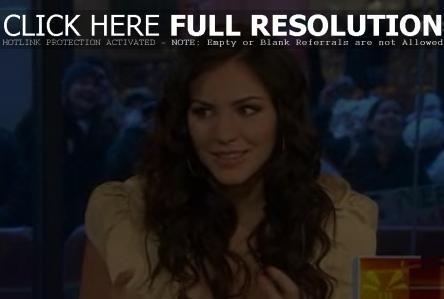 NBC’s Michael Okwu shared an update on the latest happenings on the hit show ‘American Idol’ in a report for the ‘Today’ show. After the segment, co-host Merideth Vieira spoke with last season’s ‘Idol’ runner-up, Katharine McPhee.

Video of the segment, aired Wednesday (January 31), at Bing.com has since been removed.