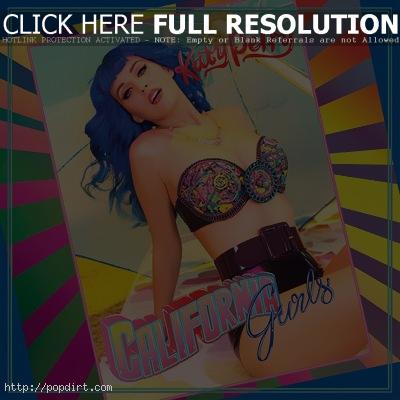 Katy Perry is out with the music video to her new single ‘California Gurls’, featuring Snoop Dogg, off the Santa Barbara, California pop singer’s upcoming album ‘Teenage Dream’, due out August 24th on Capitol Records.

“It’s definitely something to watch when you have the munchies,” Perry told MTV News. “It’s all edible. We named it ‘Candyfornia’ instead of ‘California’, so it’s a different world. It’s not just like, ‘Oh, let’s go to the beach and throw a party and then shoot a music video!’ It’s more like, ‘Let’s put us California Gurls in a whole different world!”

Watch the Mathew Cullen directed video via MTV.com below.