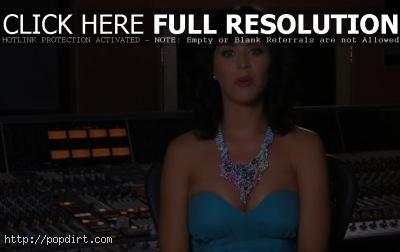 “When I came up with the idea for ‘California Gurls’, it was because the night before I had the idea, I saw all of my friends raising their glasses at the party singing ‘Empire State of Mind’, which is a great song, about New York, in California. I was feeling this tinge of jealousy and I felt like The Beach Boys, who I absolutely adore, and Tupac, he did the original California song, which is ‘California Love’, they would hate that it would just be ‘Empire State of Mind’ out there,” Perry says in the video. “New York has to be represented, but so does California, so I thought that this would be a good kind of representation of who I am and a very fun summer song and from a female perspective, because there hasn’t been a female perspective song about California just yet.”

As for the song’s guest appearance, she explained, “I wanted to add bits and pieces of Snoop Dogg, like sippin gin and juice in the verse, and Snoop Doggy Dogg on the stereo, so hopefully he would come and be on the song, and it worked. I was just a really excited and fun feeling type of song. I wrote it probably mid way through the record. It was one of the last songs that I got to write with Max Martin, Dr. Luke and a couple other friends, Bonnie McKee and Benny Blanco. When I got ‘California Gurls’ finished, I was like alright, I know this is the first song I can put out and it’s kind of a fresh, fun driving to the beach or at least surfing the web looking at pictures of the beach online. Either way, I was hoping when you heard this song, you would want to book a ticket to California stat.”

‘California Gurls’ will appear on Perry’s new album ‘Teenage Dream’, which is set for release on August 24th. Wacth it below.