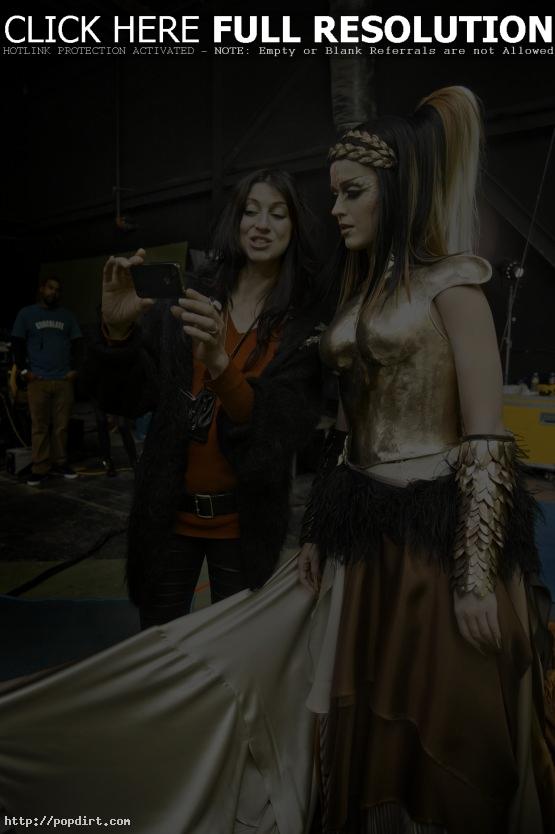 Clevver News caught up with Katy Perry during a press junket for her ‘Part Of Me 3D’ movie, where the pop star revealed why she decided to take on the project, what life was like on her California Dreams tour, how her career can be tough and challenging, and her hopes to inspire fans with the movie.

On taking on the movie:

In the winter of 2010 when I was planning my tour, I was watching the reaction from people from the ‘Teenage Dream’ record I put out, and people were really reacting. They were excited. They wanted more. The tour, I never thought I could play for this many people, but everyone wanted to come and see the show. So I was like wow, this feels like there’s a big wave coming, and I’m about to have a huge ride, and maybe I want to document it to see if I go completely mental, bankrupt or have the best success of my career. I wanted people to see when they see this is really at the end of the day when I wash all my makeup off, put my hair up and get into my little jammies, I am kind of just a normal girl that had a dream, came from Santa Barbara, and worked really hard to fulfill that dream and they too have that opportunity if they want. It’s all up to them to spark that.

On pruning down the hundreds of hours of footage:

I’m surprised that I couldn’t show everybody 300 plus hours because they would be bored to death. I had to really narrow it down and pick the best parts of the footage and put it into film, because we had such a great time on tour. It was one of the most incredible experiences that I ever had and I learned so much and I created a family even more so than the team I had around me. I got to share. What’s really cool to me is not hoarding the opportunity I get, but to be able to bring all of my friends, all of my family along on the ride, and to see their reaction too.

The hardest part of her journey:

There’s a lot of work. There’s more work than I thought when I signed up for it at 9 years old, but that’s okay. I’m finding the balance. I have the balance but everyday is a new opportunity or a new challenge.