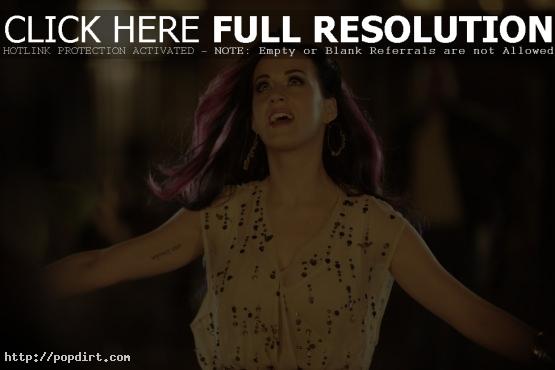 Katy Perry won the coveted award of the night at the MTV Video Music Awards, nabbing the Video of the Year Moonman for ‘Firework’. The song is off Perry’s second studio album, Teenage Dream.

“Tonight has been a night of firsts. This is my second Moonman, and I’m very, very proud of this because I’m very proud for the song that it stands for, which is ‘Firework’,” Perry told the audience with a yellow block on top of her head after accepting the Moonman from Katie Holmes. “I feel like I’m doing something right when I sing that song. So thank you so much for everybody who helped, in creating it, Dave Meyers, to Danny Lockwood, to my management. To all of y’all out there. To all my fans, salute. And last but not least, my husband [Russell Brand].”

Watch the acceptance speech below.