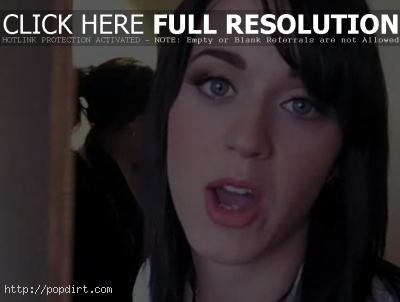 Katy Perry is featured on the cover of the new issue of Blender magazine, where the ‘I Kissed A Girl’ singer talked about her romance with Gym Class Heroes frontman Travis McCoy. “He’s thug-nificent,” Perry said. “I can’t believe I got a thug to commit! We weren’t really together, it was casual. But soulless hooking up didn’t seem so hot to me. I always wanted to have a romance. I said ‘Excuse me, I’ve been coming to a number of your shows in the greater Los Angeles area for quite some time now. I’ve been your Penny Lane long enough, and now I want to be your Grace Kelly’.”

A preview of the article and pictures has since been removed at Blender.com.