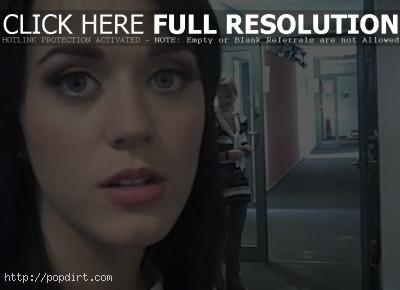 Katy Perry has posted a new picture on her website making fun of her controversial knife shoot and taking aim at The Sun for making a big issue about it. Perry is seen with a spoon to her face in the new image, with a caption saying the British tabloid “deserve a time out. Your journalistic approach has half the soul of the National Enquirer. Shame on you.”

A report from ITN at YouTube has since been removed.