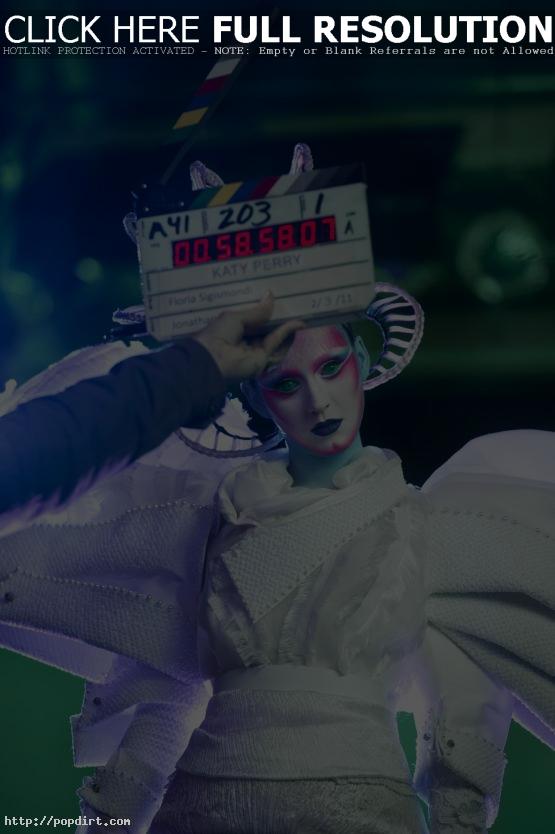 Katy Perry and Kanye West won the Best Collaboration Moonman during last night’s MTV Video Music Awards for their song ‘E.T.’ It was Perry’s first VMA award of her career, which was presented to the pair by Demi Lovato and Chord Overstreet.

“Now this is the time where you want to interrupt me, Kanye,” Perry joked while accepting the award, referencing West’s infamous VMA incident with Taylor Swift. “We are so excited. We want to say thank you so much to Floria Sigismondi, who is an amazing and incredible director, and thank you so much to our fans, because I think this is what happened, is our fans got together and gave us this Moonman.”

The acceptance speech at MTV.com has since been removed.