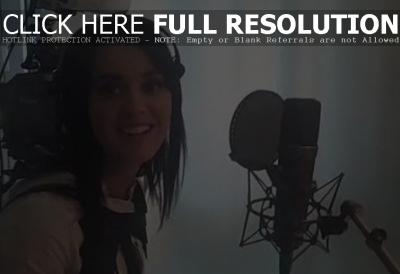 Star magazine spoke with Katy Perry in a Q&A at the singer’s “fantasy birthday party” at Siren Studios in Hollywood on October 28th. Asked if she normally had such major birthday bashes, Perry, who was dressed as the late Queen frontman Freddie Mercury, responded, “Yes, I love to throw big parties. When I turned 21, I rented out a roller rink and had McDonald’s cater it — that was my favorite party ever! Last year I had a Mad Hatter dinner where everyone wore those Alice In Wonderland hats. I always like people to have a great time. That’s who I am. I want to have fun in everything I do — my music, my life, my touring.” Perry turned 24 on October 25th.

One thought on “Katy Perry Loves To Throw Big Parties”