Behind the scenes footage with Katy Perry on the set of her ‘Teenage Dream’ music video has been posted online. Meet Katy’s co-star Josh Kloss and some of her good friends in the video, who she included in the Santa Barbara shoot. 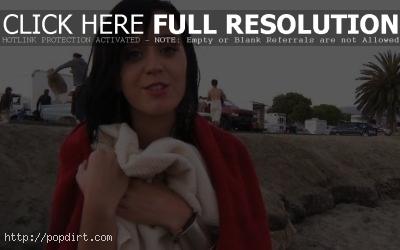 “All the people you see here today are my good friends who I have know for like 8-10 years,” Perry says in the video. “We’re having a lot of fun and it’s so wonderful to be shooting in my hometown Santa Barbara.”

After the oceanside shoot, Katy confessed, “I have sand in every single crevice right now, and I’m wet, I’m smelly, I wanna go home. I am home. This has been a great shoot, and we’re wrapping this location. That’s the beach folks, now we’re gonna go party.”