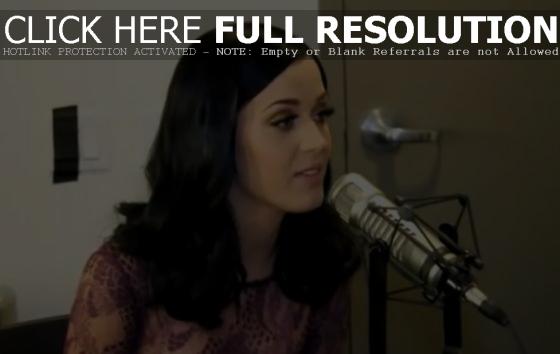 Katy Perry dropped into “On Air with Ryan Seacrest” and revealed that despite rampant rumors that she would be judging on ‘The X Factor’ America edition with Simon Cowell, she would not be doing the show because of schedule conflicts. Katy also talked about her Grammy nominations, reconnecting with the reason why she first started in music with her latest album, and her holiday plans with husband Russell Brand. Watch the interview via YouTube below.