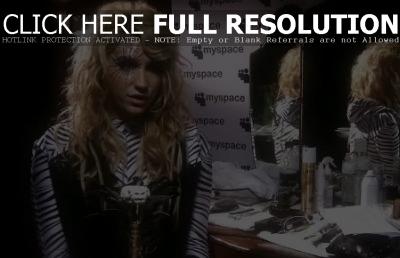 MySpace is featuring the full Ke$ha MySpace Music Release Show the singer did in London at The Bath House on February 22nd.

“I’m inspired by safari animals,” Kesha explained backstage in regards to her fashion. “Zebra tonight. Also, cheetah and leopard do make appearances in my wardrobe. I’m also super inspired by Keith Richards, I think he always looks really cool, and David Bowie. I’ve had my music on MySpace for a few years now and have gained so many fans. I have a sh** ton of friends. I don’t know specifically (how much), but a lot and I love it.”

The live set, interviews with fans and a brief chat with Ke$ha has since been removed at MySpace.