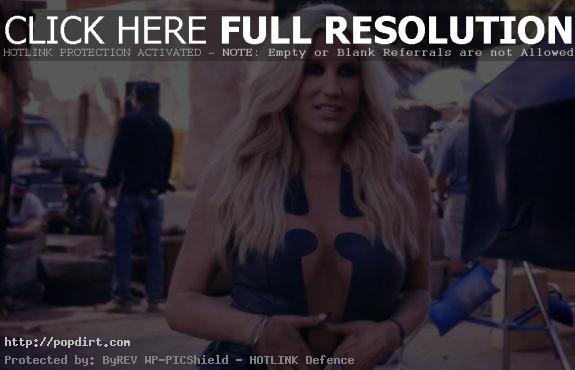 Kesha “Ke$ha” Sebert is out with footage from the set of her Darren Craig directed ‘Die Young’ music video, where the American pop singer plays the role of a cult leader in Mexico. ‘Die Young’ is the first single from Kesha’s second studio album ‘Warrior’.

Describing the scene, Kesha said, “We just shot the scene where I get out of my evil Hearse and my cult followers bring their warrior goddess leader to our new place of worship. We’re going into the church to make it our lair.”

As the shoot was wrapping, Kesha confessed, “I’m filthy. It was like 19 hours of filth and grime and sweat and gross.”

Discussing about the process, Kesha said, “I love making music videos because the writing of the record and the singing and tweaking mixes, it’s such a long, involved process. It’s taken me a year to put out my record ‘Warrior’, so making a music video is making that all come to life.”

Watch the footage via VEVO below.