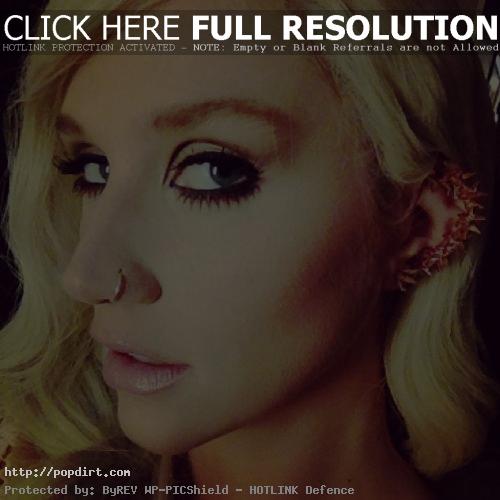 Virgin Red Room posed questions from their Twitter followers to Kesha “Ke$ha” Sebert recently, where the American pop singer talked about Halloween, plans to tour in the UK in support of her second album ‘Warrior’, getting to record with some of her favorite artists on the project, advice she’d have for someone wanting to get a tattoo, and some things she loves.

“I love Halloween so much. It’s my favorite. I think I’m gonna be Dog the Bounty Hunter. I don’t know if you know who that is, but it’s a man who has a mullet and is awesome. My favorite Halloween memory is probably when I dressed like a fern and I just duct taped live plants all over my body, so you didn’t even see me. I was at some party and my parts kept falling off. It was really awkward. Then I got drunk and it was fine.” 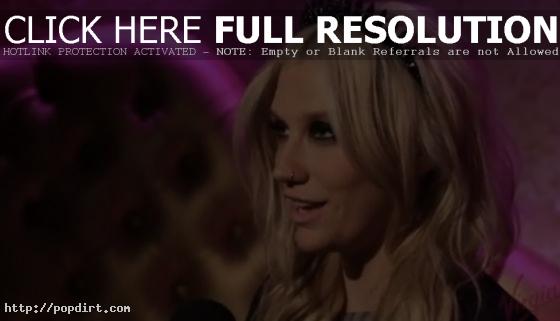 Talking about UK tour plans, she said, “Right now I’m in the process of just finishing my record. It’s not even done yet, secretly. I have to finish mixing it. Then once that’s all done, I can’t wait to get back onstage. Probably early next year I’ll be back touring.”

“Recording ‘Warrior’ was really fun. Getting to work with my idols like Iggy Pop and Julian Casablancas, the Flaming Lips and Patrick from the Black Keys. That was definitely the perk the second time around, people would give me the time of day. Right now I’m in the process of stalking Keith Richards, and I will continue until the day I die.”

Giving a questioner tattoo advice, Kesha said, “My advice to you would be, make sure the person that is tattooing you has a tattoo gun, he’s not just doing it with a sewing needle and ink pen. I’ve learned this the hard way. A tattoo is like a scar, so make sure you get it on a good, fun day that you want to remember forever, and don’t get a Chinese symbol right above your butt crack. Just don’t do it.”