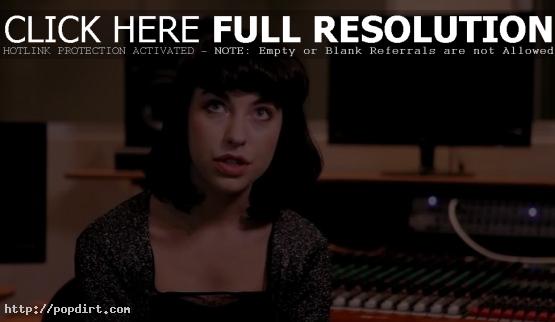 Kimbra has announced her first-ever headlining tour of the United States and Canada. The month-long run kicks off September 25th in Vancouver, BC and runs through to October 27th in Toronto, Ontario. The Stepkids will support. Ticket on-sales begin Friday (June 15). Visit kimbramusic.com for details.

The tour will support the release of the U.S. version of her debut album ‘Vows’, which was released on May 22nd via Warner Bros. Records. ‘Vows’ debuted at #14 on the Billboard Top 200 Charts with 21,665 albums sold, and has received overwhelming critical acclaim so far.

Originating from Hamilton, New Zealand, Kimbra has been performing her jazz-inflected pop since she was 14. She worked on her debut album, ‘Vows’, for over three years, finally releasing it Australia in August 2011 to critical and chart success. For the American edition of ‘Vows’, Kimbra recorded additional tracks in Los Angeles with such producers and songwriters as Mike Elizondo and Greg Kurstin. Also included on the release is ‘Warrior’, featuring Mark Foster of Foster the People and A-Trak, originally recorded for the Converse “Three Artists, One Song” series. Kimbra recently performed “Settle Down” on Jimmy Kimmel Live, and she is currently on tour with Foster the People. Full list of dates is below.