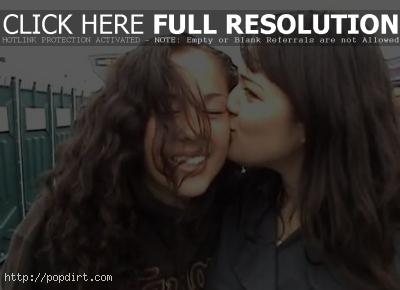 Kina Grannis posted highlights from her participation in the Nike Women’s Marathon in San Francisco, thanking fans who donated to the Leukemia and Lymphoma Society to support the singer songwriter’s efforts with Team in Training.

Kina completing the 26.2 mile trek in 4 hours and 15 minutes and was greeted at the finish line by her family. Grannis said she’ll be running in the LA Marathon too.

Watch the highlights, set to her song ‘Give Me Back’, below. 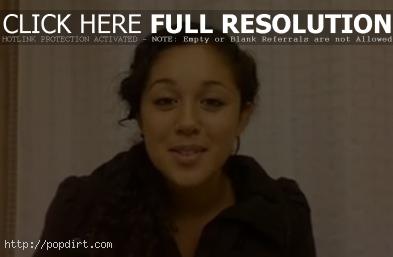 October 19, 2008 – Kina Grannis updated fans on her YouTube channel on Friday (October 17) from San Francisco, ahead of her meet and greet at Starbucks on Saturday and before she took part in the 2008 Nike Women’s Marathon and Half Marathon on Sunday. The singer songwriter also showed some of the gifts fans sent her back in August for her 23rd birthday.

“So I’m currently in my hotel in San Francisco for the Nike Women’s Marathon. I can’t believe it’s already now, the time is here. This Sunday at 7 AM the race will start. I got my little tag thingie, so I’m really excited. If you’re in the area, you should come hang out. It’s gonna be a crazy day of hours and hours of running. I decided that since I’m in the area I might as well take the opportunity to say hello to some San Franciscans, if that’s a word. I will be hanging out at a Starbucks tomorrow from 1-2:30 and I would love more than anything to say hi to some people. If you’re in the area or want to make a field trip, come by.”