KT Tunstall Aims For Masculinity And Androgyny In Her Look 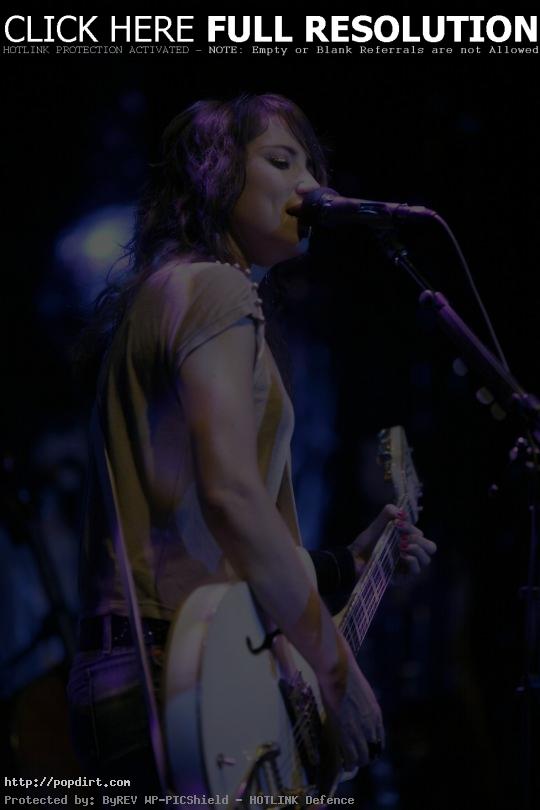 Aderra caught up with KT Tunstall at the pre opening party of the Fashion Rocks first shop in Sheffield recently. The Scottish singer songwriter discussed her fashion choices for gigs, how she’s evolved into having a stylist and how female artists are pushed to become style icons.

I sort of subliminally think about it during the day, because if I’m stressing about my outfit right before the gig, I’m in major trouble, because I’ll just start forgetting verses worrying about my shoes. I’ve actually been in the middle of a gig and realize I’ve put the wrong shoes on and have to change my shoes on stage because I felt too weird. I basically thing about it during the day and plan it so I can just get changed and not worry about it.

On having a stylist:

I didn’t have a clue when I first started. I was busking, playing in pubs. I didn’t really get involved in fashion. I just shopped at charity shops and obviously you can get amazing stuff, but it was never a big priority for me. Then when I started getting on the telly, I was like whoa, I really need to sort this out. So I’ve got a brilliant stylist named Lucy Manning, and she’s now a really good mate of mine. She literally pulls in stuff that I would never choose myself, and just lets me pick what I fancy.

It seems like that at the moment. I think music just goes through these cycles and it always changes. If you’re into something in particular, you don’t have to look hard to find it. I’m personally into the image side of stuff. I’m into Patti Smith and Chrissie Hynde, they’re just always gonna be my benchmarks where it’s not super super feminine. I like having a bit of masculinity and a bit of androgyny in the look. At the same time, I’m as excited as the next person seeing what Lady Gaga is going to wear, or what Florence Welch is gonna wear because they really put a lot of time and effort into that, where as I just can’t dedicate as much time concentrating on it, because it’s gotta be a passion to get that involved.