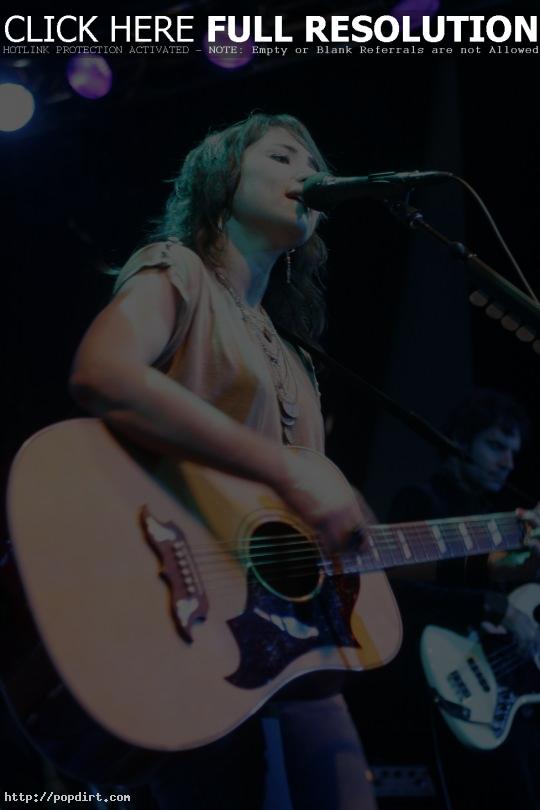 O2 Academy TV spoke with KT Tunstall backstage at O2 Academy Newcastle, where the Scottish singer songwriter talked about how her frequent travels influenced her most recent album ‘Tiger Suit’, the Cape Farewell project, recording the latest LP at Hansa Studios and what she loves most about live performances.

First of all, all the places I went had really interesting musical heritages and really unique sounding musical histories behind them, India, New Zealand, the Arctic, South America, they’ve all got really, really strong musical identities. Secondly, I found that when I came to make the new album, each song ended up with a location that’s like the song had a landscape for me, and I wanted to take whoever was listening and myself, pick myself up and just put me in that landscape, and it was about finding sounds that made it feel like that. I think traveling did a lot in terms of the eyes connected to the ear bone, and making it all make sense in terms of vision for how the songs were going to sound.

On the Cape Farewell project:

The Cape Farewell thing was mind blowing. It was really a once in a lifetime experience where not only did I get to go to the arctic, and I had been quite obsessed with Inuits as a kid. All these little Eskimo dolls and puzzles that I loved and I was really, really into the idea of nomads, where parents would camp all the time, so I just love this idea of putting everything in a bag and disappearing, which is partly why I love touring.

I think what was wonderful about Hansa was that the room where Bowie recorded and U2 recorded hasn’t really changed that much. They completely place Bowie and Bono where they were in those pictures, and really see that they were in this room. I find it pretty magical being in the room that this stuff was recorded. It added an energy to the place definitely.