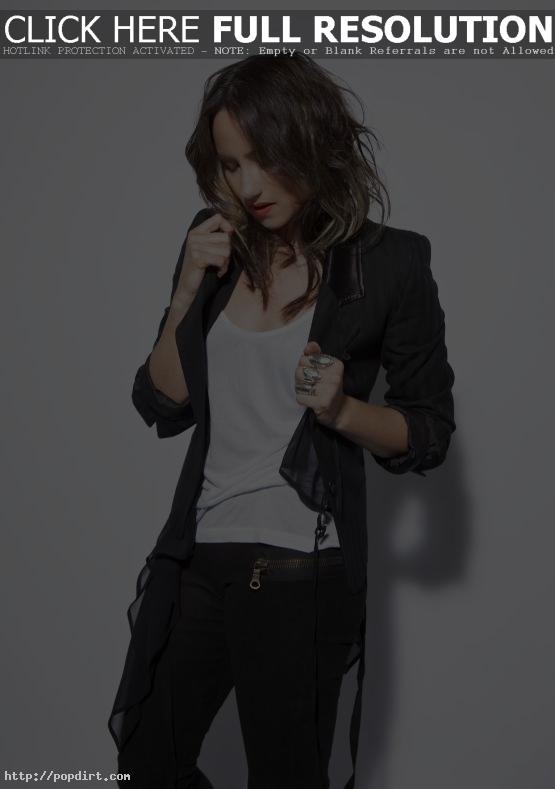 On taking a trip to the arctic before writing ‘Tiger Suit’, she said:

It was difficult in many ways. It was sort of scrape me out inside somehow and it was the beginning of my time away from the spotlight to try and come up with something new and it really marked the doorway to thinking differently about what I was going to do next and cutting ties with what other people might want from me, fans or label or management, family or anything. I just had to get selfish. I think that’s really important. You just stop worrying about people pleasing and you have to move forward and do what you want to do. What better place to start thinking about that than on an icecap, where you are completely removed. It was also a very claustrophobic experience because there was I think 40 of us on this ex Russian military vessel. Artists Leslie Feist, Martha Wainwright, Jarvis Cocker, Sakamoto, Robyn Hitchcock, Vanessa Carlton, it was really varied and there was sculptors and painters.

It’s a charity called Cape Farewell, and they basically take artists and scientists doing genuine climate change study and we all went up to the arctic and the idea is that Cape Farewell is kind of a social provocateur, so instead of me going around and being incredibly irritating telling people to turn their light bulbs off, I actually write about it in the way that I naturally communicate. The idea of climate change slips naturally into pop culture rather than it being this kind of fake facade of celebrities being mostly hypocritical all the time, which I’m definitely guilty of as well. I got a plane here, so it’s just a much more natural way of awareness really. It’s great. It was an amazing trip.

Confidence wise it was hard, being surrounded by people who were so good and so sincere.

Listen to the Scottish singer songwriter perform ‘Madame Trudeaux’, ‘Black Horse And The Cherry Tree’, ‘Still A Weirdo’ and ‘Fade Like A Shadow’, and web extra performances of ‘Glamour Puss’ and ‘Other Side Of The World’ at NPR.org.