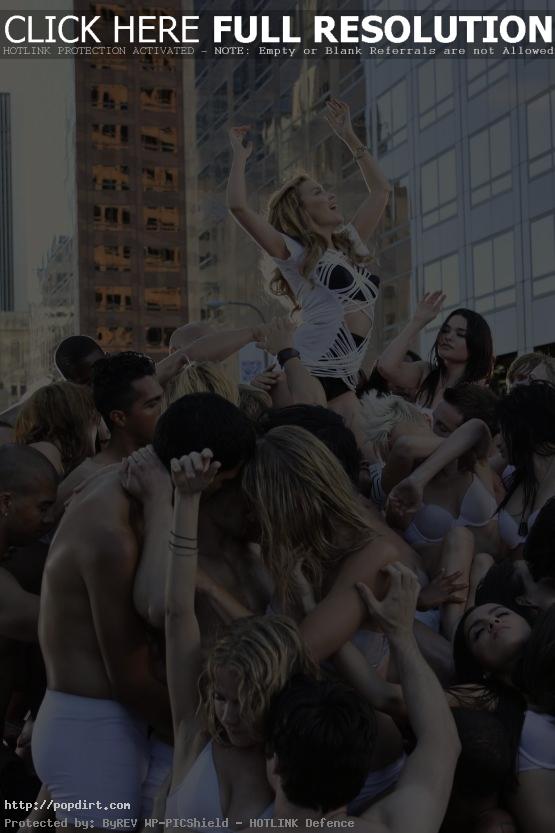 Amy Schriefer of NPR.org reviewed Kylie Minogue’s new album ‘Aphrodite’ while the site is featuring the full album stream until it is released on July 6th. Amy says of the Australian pop singer’s 11th album:

The tracks, produced by Stuart Price (who also helmed Madonna’s Confessions on a Dancefloor), lack the edgy beats and inventive breaks to advance the dance scene, but they’ll fill floors around the world with a confident and sexy sound. Expertly mixed disco beats are laced with catchy choruses, particularly in “All the Lovers” and “Aphrodite.” The songs burst with joyous emotional swells that are perfect for lifting up the sweaty, dancing masses, but Minogue’s coquettish, whispery vocals sound as if she’s singing intimately to the listener.

Check out the full review and listen to the album here.

June 20, 2010 – Kylie Minogue says that her model boyfriend Andres Velencoso has passed an important test to keep their relationship strong, the ability to keep occupied while she rehearses and performs on tour. “There is a big test with me and boyfriends,” the Australian singer said, according to The Sun. “It’s when I am on the road because that’s when it’s most difficult. Andres was around for a bunch of the North American tour dates. And I didn’t have to worry about him. He took care of himself.”