The Daily Telegraph spoke with Will Baker, who was behind the video for Kylie Minogue’s hot single, ‘Can’t Get You Out of My Head’, and he explained why there are so many shots of the singer’s butt. Baker said, “She’s a brilliant actress. The pop star image comes from her acting and, bless her, she can’t dance. People like Jennifer Lopez and Madonna can, so we have to compensate with clothes and close-ups of that bottom.”

January 23, 2002 – The Herald Sun reports Kylie Minogue has tried on 75 dresses in a bid to to outshine pop rival Geri Halliwell at next month’s Brit Awards, according to insiders. Kylie was upstaged by the ex-Spice Girl in Cannes for the NRG Awards last week and Kylie is determined not to let that happen again. 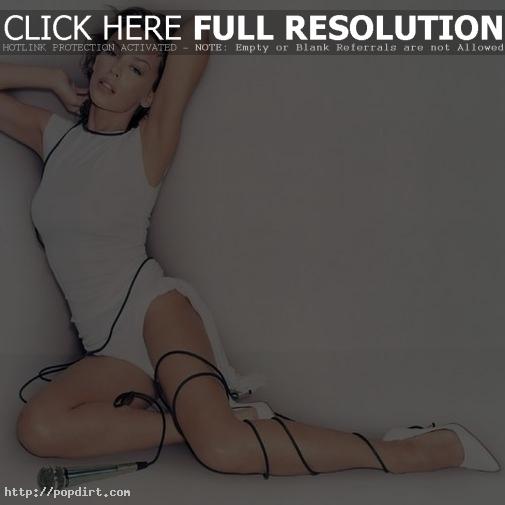 January 14, 2002 – The Herald Sun reports Kylie Minogue looks set to finally break into the US market as her new single ‘Can’t Get You Out of My Head’ is No. 19 with a bullet on the Billboard dance chart. The single is to be released commercially in the US on February 18. Look for her album Fever to be out on February 26.