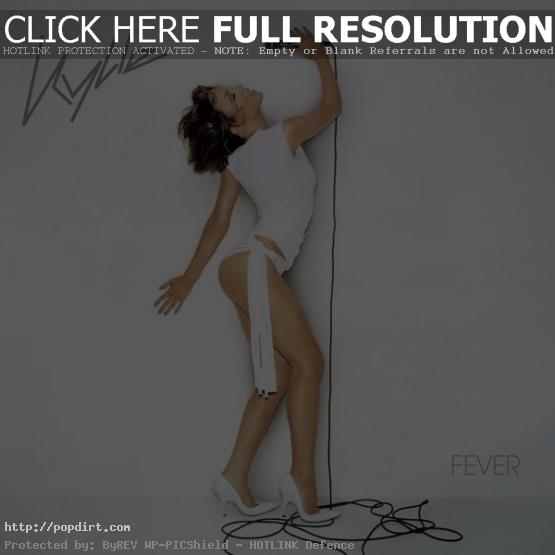 Kylie Minogue was very pleased with her first week sales results in the U.S. for her new album ‘Fever’. She said of selling 115,000 copies of the album, “I am absolutely over the moon.” EMI head Tony Wadsworth said of the star who owns her own label Parlophone under the EMI parent company, “A hit single in America is one thing, but to instantly expand that success to a top three album is much rarer.”

Kylie Minogue Has Never Been Fat

March 7, 2002 – World Entertainment News Network reports Kylie Minogue has admitted to never being fat throughout her 33 year life. Kylie said when asked if she’s ever had a weight problem, “Well, no, not fat. I have more the opposite problem. I get too skinny. You can get your clothes on, but you feel like a weed.” Lately though, she has put on a few well placed pounds, “I’m proud because I’ve been fattening up recently.”

March 5, 2002 – Hello! magazine reports Kylie Minogue has enlisted Dolce and Gabbana to create the costumes for her upcoming tour. The singer was on hand at the label’s autumn/winter show at Milan Fashion Week on Sunday to check out her expert wardrobe pair’s latest creations. Kylie watched the show wearing D&G jeans, red high heels and a cropped vest top.