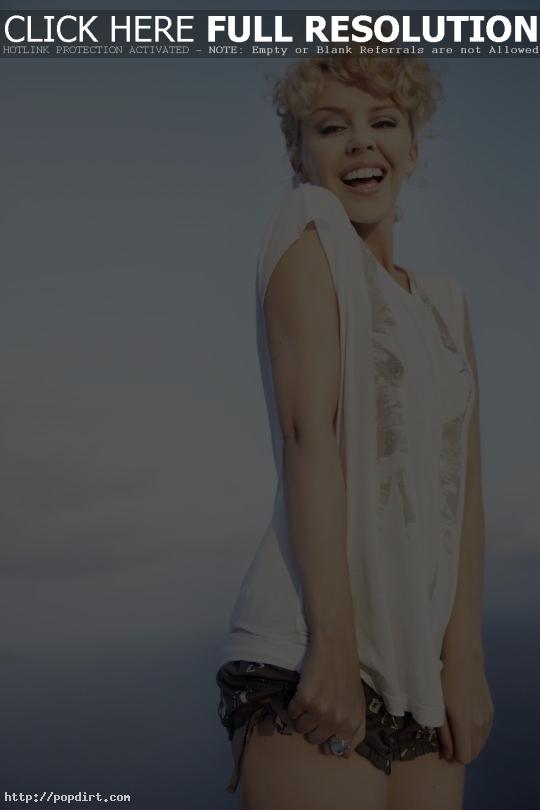 Kylie Minogue tells Max Mexico magazine she has an attraction towards other women, though has never acted on it. “I have been attracted to some women,” the 41-year-old singer said. “I am a sexual exhibitionist and part of me is a natural flirt.”

Minogue, who is currently dating Spanish Versace model Andres Velencoso, added, “Although I have been attracted to women, I have never done anything with them.” If there was someone that would lure her towards the sapphic side, it would be actress Tallulah Bankhead. “I’d go gay for her,” Minogue said. “She was a fascinating and exotic woman. There was so much to admire about her.”

January 19, 2010 – Kylie Minogue was all smiles as she left her home wearing a stylish outfit on Friday (January 15) in London, England.

More To Do On Kylie’s New Album

The pop singer told her Twitter followers (@kylieminogue) on Friday that she’s readying a follow-up to 2007’s ‘X’. Kylie writes:

YES!…been working on album for months, more to do though.. RT @ColdHearted19 Will you be releasing any new songs in the UK this year? :) x

Kylie: Thanks For The 2009 Tour Memories

January 7, 2010 – Kylie Minogue posted some highlights from her recent and first ever North American tour. The Australian pop singer writes, “Spent today looking through lovely old footage from the 2009 Tour. # kyliebestbits So many memories. Thank you all for making my time on the road so special.” Watch it via YouTube below.