Kylie Minogue Planning A Musical Based On Her Hits 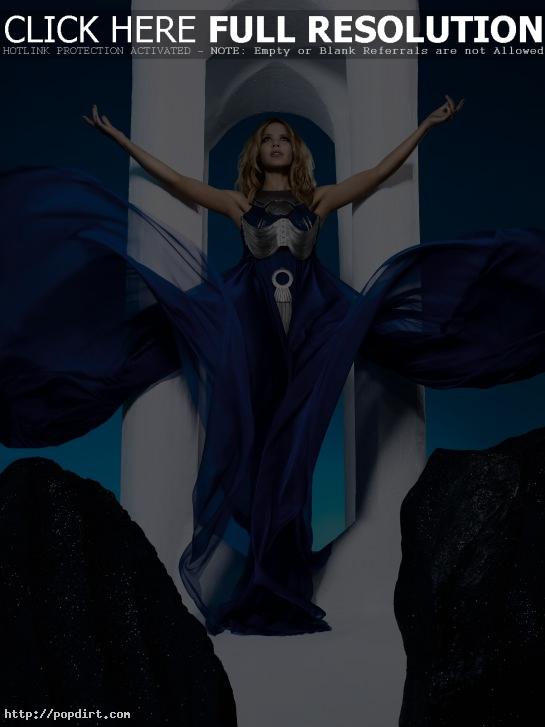 Kylie Minogue and her right hand man William Baker are busy working on a project that will see the Australian pop singer’s music interpreted in a yet to be titled Kylie musical. “Yes, William Baker and I are working on getting the story written,” Minogue said. “I’m comfortable because it’s not my life story; it’s about the interpretation of my music.” Minogue has not decided who will star in the musical, but Kylie won’t be playing the role herself. Check out more details at dailymail.co.uk.

Kylie Feeling The Excitement For ‘Aphrodite’

April 22, 2010 – Kylie Minogue was spotted leaving her house in bright yellow harem pants on Tuesday (April 20) just after announcing her new album ‘Aphrodite’ is due out in July. The Australian pop singer took to her Twitter (@kylieminogue) to make the announcement which created a positive reaction flowing into the next day – including from her sister Dannii:

My little sis has had a sneak preview listen!! RT @DanniiMinogue @kylieminogue new single All The Lovers 28th June – its fantastic :-)

April 12, 2010 – Kylie Minogue looked summery as she left her home in funny pink cropped trousers on Friday (April 9) in London, England. Pictures from bauergriffinonline.com have since been removed. The Australian pop star broke news that we’re closing in on getting the first single off her follow-up to ‘X’, telling her Twitter followers (@kylieminogue):

April 2, 2010 – Kylie Minogue was seen leaving her London home on Wednesday (March 31) after being named “most powerful celebrity in Britain”. The 41-year-old topped the poll by research company Millward Brown, which surveyed 2,000 consumers. Kylie beat out Girls Aloud star Cheryl Cole, who came in second, while David Beckham was third. “Kylie is widely accepted as an adopted Brit. People know her, like her and she is surrounded by positive buzz,” Millward Brown’s Mark Husak said.