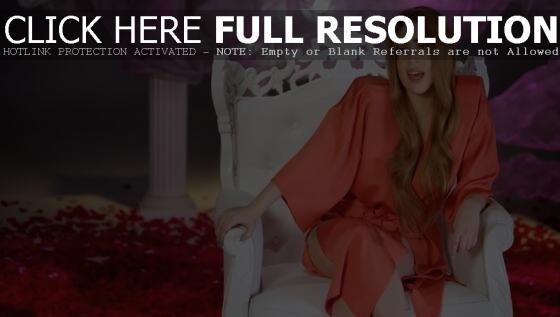 Lady Gaga offered a #VevoCertified commentary on her ‘Bad Romance’ music video, as it was one of her videos that has received more than 100 million views. Lady Gaga wrote the treatment with Francis Lawrence, explaining, “It was all kind of about the type of story I wanted to tell, and me bringing these visual references to Francis, and he really brings it all to light and he’s like off doing ‘The Hunger Games’ now, so what does he need with me? (Laughs)”

After describing the individual scenes in the video, Gaga concluded, “We had so much fun making that video. It was so easy. Francis is so easy to work with. He’s such a pro. He knows exactly what he’s doing, the lighting, and Thomas, who was the DP on this, he also was the DP on ‘G.U.Y.’, so I got to work with him again.” She added, “When we were preparing to shoot the ‘Bad Romance’ video, we wanted the story to kind of shine on this very simple white background. A bath house where we told a story about a woman that was imprisoned and stronger than all of the limitations around her.”